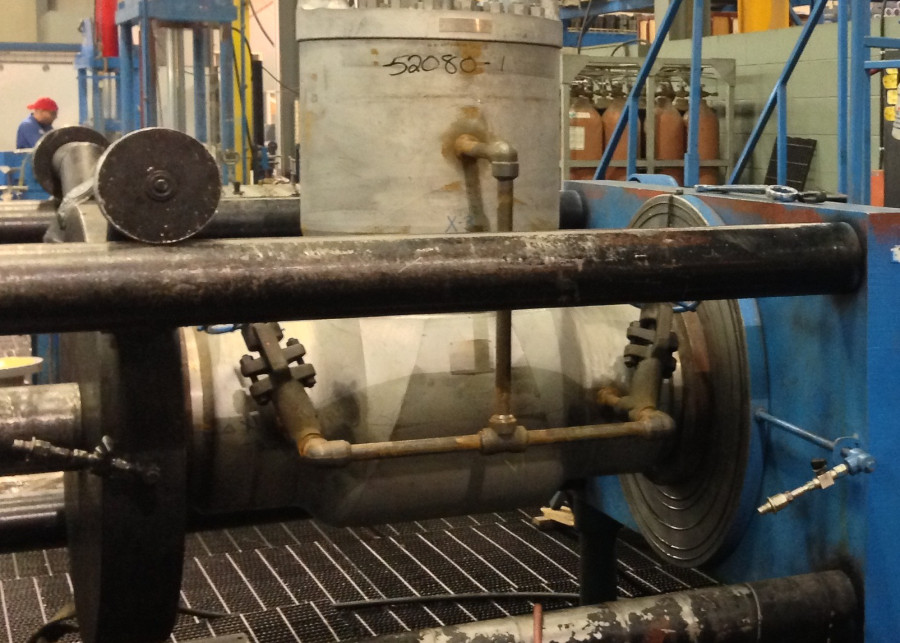 The same increase has been noted on NDE such as RT (Radiographic Testing), MPI (Magnetic Particle Inspection), LPI (Liquid Penetrant Inspection) and visual inspection of valve body castings to meet the requirements of either customer specific requirements or industry standards such as ASME B16.34 Section 8 for special class services. In order to perform such NDE as RT on a valve body/bonnet casting, it requires the full disassembly of the valve in order to gain unobstructed access to all critical areas of the casting. Once an RT is complete and the castings verified as free of defects or the castings weld repaired to meet industry codes, the valves can then be assembled, bolting torqued to OEM specification and the valve fully pressure tested to insure there are no seat or shell (atmospheric) leaks. The increased volume of RT inspection thus means an increased volume of valve pressure testing.

It is apparent that the world has become more environmentally conscious. Therefore, one can assume that the additional valve NDE we see is a result of this. With this increase in volume of NDE we have had to increase personnel and equipment to deal with the increased volume of NDE testing. It is, however, a positive aspect when we see an increased work load volume and the need to hire more staff. 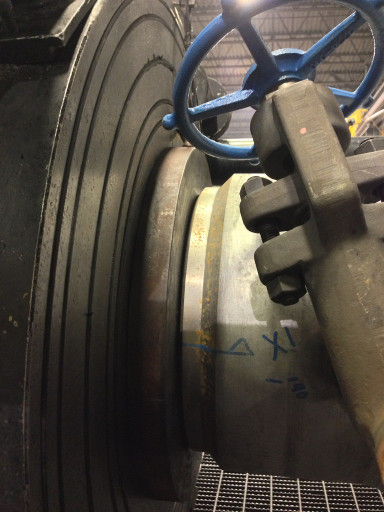 In order to perform a pressure test on site of a buttweld end valve it requires the valve to be welded into a piping system or have weld caps welded to the valve buttweld ends. If a valve body seat leak is detected once a valve is installed in a piping system then it can be very expensive to have it cut from line and sent to a repair facility to have the problem addressed. Because of this numerous end users request that buttweld valves for critical service have an independent pressure test performed to insure that the valves meet their respective design pressure test requirements. Valve manufactures and repair/modification facilities utilize hydrostatic test stands that have the means of sealing buttweld end valves by the use of test plate adapters which seal the buttweld ends by means of a retained o-ring seal. You can see in the above picture a test plate adapter sealing the buttweld end of a pressure seal gate valve in a hydrostatic test stand. These test plates are energized by a means of a hydraulic ram. As the internal hydrostatic valve pressure is increased, hydraulic ram pressure is also increased on the test plates to equalize the external force against the valve buttweld ends to the internal valve hydrostatic force. This means that an independent pressure test can be performed on a buttweld type valve to insure it is free of defects without having the expense of finding a leak after it was already welding in a piping system.

The subject of interest here; an aspect of pressure testing that has only become apparent in the past couple of years, is a requirement to perform a 10 minute shell pressure test only on valves & fittings. The odd part of this test is that the client only asks for a shell pressure test and does not require any seat leakage testing. This seems to imply that the valves will be going into a piping system and that the client desires to meet the 10 minute pressure test requirements as per ASTM B31.3 for process piping. We have even tested forged flanges & fittings with a 10 minute hold as requested by some clients. The misconception of doing this test is the fact that the fabricator still needs to perform a full shell pressure test on the piping system as a whole to insure all joints and connections are examined for leaks. Valves manufactured to meet ASME B16.34 will have a factory pressure test done and this insures the valve itself is leak tight. Most ASME, API and MSS documents that apply to valve pressure testing have much shorter test duration time than process piping standard B31.3. In some cases though, depending on the test standard followed by the valve manufacturer the valve may meet or exceed the 10 minute shell pressure test duration. An example would be valves 12 inches diameter and larger factory pressure tested as per CSA Z245.15.

The problem rests in the interpretation of the ASME B31.3 code; and in particular the following areas. The second paragraph within ASME B31.3, 326.3 states “The design, materials, fabrication, assembly, examination, inspection, and testing requirements of this Code are not applicable to components manufactured in accordance with the documents listed in Table 326.1, unless specifically stated in this Code, or listed document.” Therefore, would a valve manufactured to meet the requirements of ASME B16.34 and pressure tested at factory to API-598 criteria then be exempt from a pressure test required by ASME B31.3? Yes, in the fact that the valve would have been tested to insure there were no body seat leaks and no atmospheric shell leaks at the factory to meet the design criteria requirements of B16.34. No, in the fact that paragraph 345.1 of B31.3 states that “each piping system shall be tested to ensure tightness.”, and further to that Paragraph 345.2.2 (a) states “Examination for Leaks. A leak test shall be maintained for at least 10 min, and all joints and connections shall be examined for leaks.” The only way to satisfy this requirement is to have the spool pressure tested by the fabricator with the individual valves, fittings, pipe, etc. assembled as a complete unit and then pressure tested as a whole to prove that the component joints (connection ends) are free from atmospheric leaks.

In summary, there is no problem with a customer wanting to do an additional 10 minute pressure test on a valve to insure there are no atmospheric leaks at an extended duration time compared to what the factory would have done. An extended duration test, though, does not relieve the fabricator from the requirements of ASME B31.3 to prove that the final joints and end connections that connect the valve to that piping system are to be examined for leaks. My interpretation of this growing trend is that users are increasing efforts to prove functional assurance of the component (s) provided through global supply, not to imply replacement of final testing required by ASME B31.3.

Doug O'Neill is originally from the East coast of Canada where he graduated from Dartmouth Community College after successfully completing a 2 year machinist course. He spent the next 10 years working on the machining & welding of valves components for offshore Oil and manufactured/repaired hydraulics for the forestry & mining industries. In 1996 Doug moved to Edmonton, Alberta where he has worked ever since with Universe Machine Corporation to specialize in valve repair, modification and manufacturing of valve components. During the first 4 years with Universe Machine, Doug worked on the shop floor as a journeyman machinist, worked with their Engineering dept. in the design/fabrication of components for numerous Oilfield projects and assisted in the retrofit/maintenance of some their machinery. In 2000 Doug was promoted to work in the office as a Project Supervisor, and then in 2006 was promoted to Assistant Manager. Doug has furthered his education by successfully completing an Accounting course at University of Alberta and completed numerous management/business training seminars/courses. Doug enjoys reviewing industry codes and troubleshooting any problems that may arise in the process of managing a well-established and busy valve repair/modification facility.